Mr. Hieke was a leading Czech gardener and dendrologist, the author of dozens of expert publications. He is the author of many park revitalization projects, the reconstruction of the town graveyard, and the renewal of small green in Krásná Lípa, all completed between 1994 and 2011.

Mister Humík is a distinguished music educator, dramatist, and composer. Besides other things, he composed and gave the town a ceremonial fanfare, which premiered at the festive opening of the reconstructed Křinické square on the 5th of June, 2010. A record of it performed by the members of The Central Music of the Army of Czechia can be heard here.

Mr. Ježek is a famous Czech economist, politician, and university professor. He is also known as the coauthor of the idea for transferring vouchers from the public sector to the private sector. He used to be the minister of the Czech government for Privatization and the Administration of National Property and the foreman of The Czech National Property Fund. This man significantly sponsored the development of the town's infrastructure.

As a lawyer and a copyright specialist, he devoted many years of his life to studying the history of the northern region of Czechia, especially the area of Krásná Lípa. He systematically put the history of Krásná Lípa in order and helped to acquire a significant part of the historic property. He also set up the Krásná Lípa Booster Club and initiated the inventory of small, sacred relics. He saved many Upper Lusatian houses – architecturally phenomenal buildings in the area – with the help of his initiatives. He is richly published and has lead expert lectures and excursions.

Being a writer, publisher, journalist, and decorated with many press awards, she has published many toponymic publications, including “100+1 Curiosities of Northern Czechia”. She saved the oldest house on the square in Krásná Lípa and also ran the Krásná Lípa museum for several years.

She was one of the best piano instructors. During her 61 years of work as a music teacher at the Primary School of Music in Krásná Lípa, she not only educated many enthusiastic amateurs, but she also taught some professional pianists. From 1976 to 1996, she accompanied the LIPKA children's choir.

He is an economist, politician, has served many times in Czech Government, but he is also a tourist and a traveler. He became the foreman of the Tourism Club. He was given Honorary Citizenship because of his involvement in excellent, long-term cooperation of the Tourism Club and the town of Krásná Lípa and for his support of the town’s development and the region of České Švýcarsko.

Botanist, naturalist, and politician, he also used to be the Environmental Minister of the Czech Republic. By the end of the 1990's, he significantly helped the birth of the National Park České Švýcarsko. His personal interest and involvement contributed to completing many projects, mostly in the area of environment and infrastructure development.

He is a renowned industrialist and patron, who supported the development of České Švýcarko S. R. O. He arranged the presentation and support of Krásná Lípa town projects in the years 2004 - 2008.

He was born into a low-income, resident family. Thanks to the support of a Krásná Lípa area industrialist, Karel Dittrich, he could visit the art academy in Dresden lead by Professor Pohl. After he had finished his studies, he worked as a young artist in Professor Pauweles’ atelier. He came back to Krásná Lípa in 1890 after his long-term stay in Munich. He created much artwork for Dittrich’s mausoleum, the Old-Catholic Church in Krásná Lípa, and proposed the stained glass work for the Roman Catholic Church of Saint Mary Magdalene.

In August 1912, he settled back into his native home. On the day of his 150th birthday, November 21st, 2002, a memorial plaque was hung in his honor at 1 Smetanova Street.

On March 11th, 1781, one of the founders of professional American music, Anthony Philip Heinrich, was born in Krásná Lípa. He grew up in Czechia but lived in the USA the most of his life. It was here that he decided to make a living off music. He is considered to be one of the first professional composers in the USA.

He was there when the New York Philharmonic Orchestra was formatted and was even the chairman of the founding session of the New York Philharmonic Society. He took part in the first presentation of Beethoven's First Symphony in C as a conductor, violinist, and pianist. His compositions became part of the musical life of New York, where he also gave private lessons, conducted, and organized concerts. He also worked in other cities; he conducted an orchestra in the Southwark Theater in Philadelphia and took part in Hayden’s and Händel’s company concert in Boston, where he also worked as an organist in the Old South Church. In the Boston music magazine Euterpeiad, or Musical Intelligence Boston, he is called the Beethoven of America. He also worked in London as a pianist, music teacher, and composer. His compositions were also presented in Europe.

This Krásná Lípa native was an unknown person for us until MgA. Pavel Farský, a pianist, held a concert in 2015. Mister Farský discovered him in 1998 when he worked on his dissertation devoted to pianist-composers of the USA and their work. He also founded the International Association of Anthony Philip Heinrich http://anthony-philip-heinrich.com.

August Stradal was born in Teplice on May 17th, 1860. He graduated from the Classic Grammar School in Litoměřice and the Music Conservatory in Vienna. As a young artist, he left to Weimar in 1884 where he became a perpetual student of the world-renown composer Franz Liszt and accompanied him in 1885 and 1886 to Budapest and Bayreuth. In the 1930's, he married Rosa Zweigeltova and settled in Krásná Lípa. He wrote Memories of Franz Liszt, Small Union, and other publications. His books were published by Paul Haupt’s Publishing Company in 1929 in Bern. Strada became the laureate of the Czechoslovakian State Award in 1928. He died on May 13th, 1930, in Krásná Lípa. He was laid to rest in the Zweigelt family vault in Krásný Buk.

She was born on January 18th, 1860, in Krásná Lípa to the industrialist E. Michel’s. She married Alfred Waldhauser from Šluknov when she was 18. Waldhauserová became a well-known folk-playwright and poet. She wrote her books in the Krásná Lípa dialect. Her plays are still popular, for instance, Dubious Relatives (Pochybní příbuzní), Baked Chicken (Pečené kuře), The Third One's Laughing (Smějící se třetí), Dragon Feathers (Dračí peří), Pilgrims of the Cross (Křížkaři), Himpich the Smuggler (Pašerák Himpich), and others. Between 1912 and 1938, five editions of 30 Little Poems (30 malých básní), An Honest Greeting (Upřímný pozdrav), and General Rumors (Obecné klepy) were published. Her books are written in the same dialect, and they consist of folk-poems. Anna Waldhauserová died on April 12th, 1946, in Krásná Lípa; she is buried in the town’s graveyard.

He was born on November 24th, 1877 in the village of Vlčí Hora at house number 1 right at the foothill of Vlčí Hora. He studied at the public school in Vlčí Hora and later at the town’s school in Krásná Lípa. From 1892 he studied at the Jesuit Grammar School in Bohosudov. After graduating in 1896, he studied at the Carl University's Theological Faculty in Prague, where he graduated with a doctorate. He became a chaplain in Teplice and the catechist of Pragmatic Grammar School in Ústí nad Labem. In 1931, on his birthday, he was appointed as the bishop of the diocese in Litoměřice. For his vast knowledge of the Czech language, he reached the hearts of the believers in this diocese. After the Munich dictation, the diocese was torn, and the bishop was prohibited from visiting the churches in its protectorate part. During the German occupation, he was persecuted for his favor of Czech believers and anti-Nazi thinking. Doctor Alois Weber died on the 12th of September, 1948, in Litoměřice. 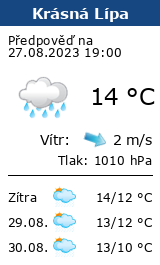 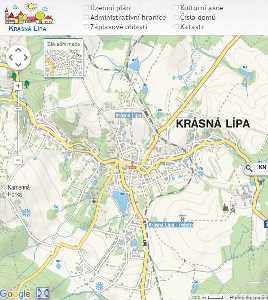